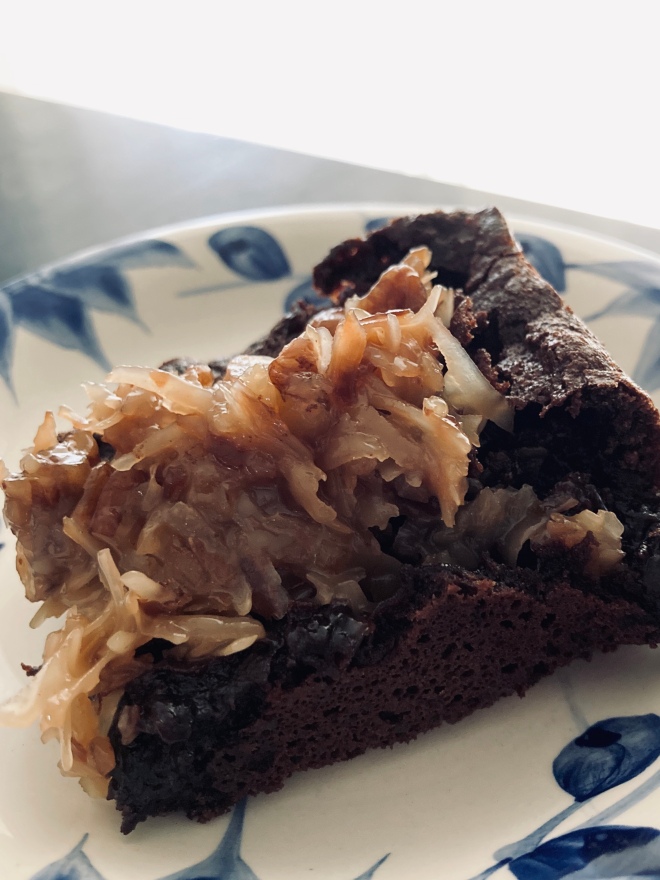 I love coconut and nuts so much, my mom gave me some for my birthday. She had one ulterior motive, though: she wanted me to bring her a treat! I’m supposed to be at her house in 10 minutes with that treat in hand.

My girl had started making brownies, but we needed pull off the coconut-pecan portion, stat. I found this recipe for vegan German Chocolate Cake frosting, but I ran into a few issues: I like toasted coconut and roasted pecans but had neither, nor the time to do that separately. I also didn’t have a potential 1-2 hours for things to reduce down.

So here’s what I did. And I cooked it in a pan so I could taste it as I went. This is sweet like you’d get it at a nice unhealthy bakery, but if you like things less-sweet or more purely vegan, you could use unsweetened coconut and add a little more maple syrup as needed.

That’s it! Let me know how it worked out for you.